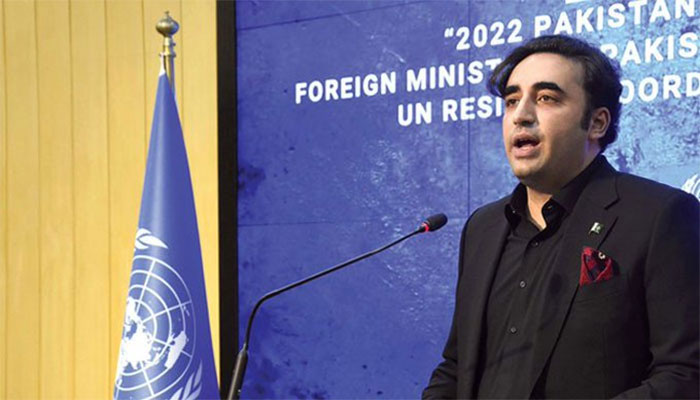 Foreign Minister Bilawal Bhutto Zardari says Pakistan is among the 10 countries in the world that are facing the effects of climate change, we want justice for our people of the world.

Speaking at the Council on Foreign Relations event, Foreign Minister Bilawal Bhutto Zardari said that we want climate justice for our people.

Bilawal Bhutto Zardari said Pakistan’s share of carbon emission is 0.8%, I will talk about justice and not help for our people.

The Foreign Minister said Pakistan is facing the biggest flood in history, there is a fear of spreading epidemics due to the floods in Pakistan.

He said Pakistan hopes to get some economic relief from the IMF deal.

The foreign minister said the initial estimate of the economic loss to Pakistan due to the floods is 30 billion dollars.