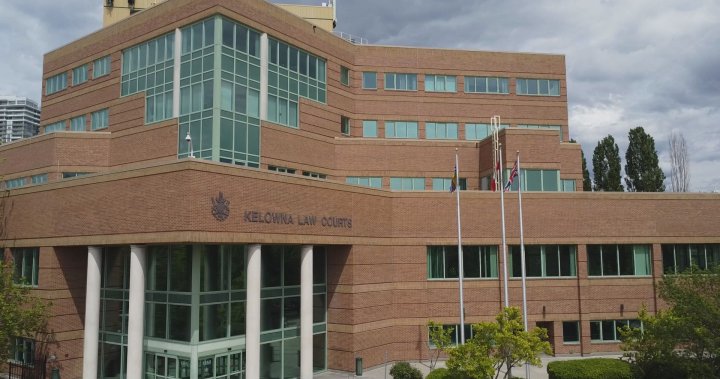 The trial for the alleged assault by Kelowna RCMP officer Siggy Peterjak continued on Thursday. Defense called a retired Vancouver police officer and training supervisor to take the stand.

In the May 2020 incident, officers answered a call from a drunk man. Two officers were first dispatched to the scene and Peterzak was called in for backup.

The arrest was caught on video and partial footage of the incident showed Tyler Russell clashing with two officers, before a third officer ran in and repeatedly attacked.

Pietrzak appears to be throwing punches in what is called a violent arrest. Peterzak is charged with an allegation of assault on Russell.

Brad Fawcett is the use of force expert and testified on the hit used by Peterzak at the 2020 incident.

Fawcett testified that the video did not show Peterzak throwing maximum-effort punches. He says officers were using jabs and distraction attacks on Russell that were largely inefficient.

Fawcett told the court that Peterzak’s actions were in line with policy and in line with training. Officers are taught that they can use force in possible reactions.

“As an observer, I would be shocked if that kind of conversation happened under those circumstances,” Fawcett said. He said he would expect the third officer to immediately help others.

When cross-examined, prosecutors noted again that there was not an adequate risk assessment or communication from Pietrzak. Fawcett told the court that oral is not the only way for officers to communicate.

The video of the incident was being re-examined by the court. Whether or not Russell displayed aggressive behavior had previously been questioned. Fawcett testified that with Russell’s fistfight and resistance to arrest, it could be a sign of a possible attack.

Crown said Pietrzak did not know enough about his behavior and that clenched fists are not always a sign of attack.

A decision is expected in December.

Those who use our land against Pakistan will be prosecuted for sedition: Afghan TalibanOUS News