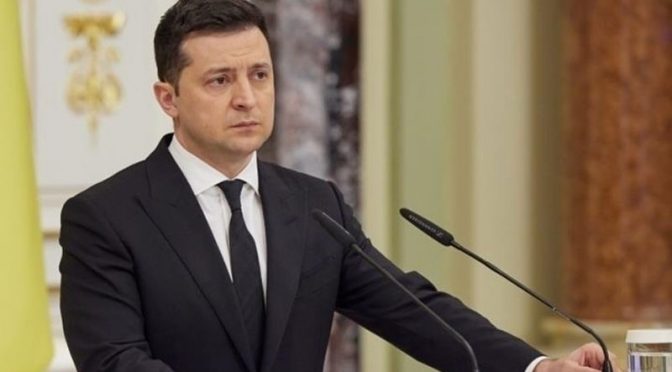 Ukraine: (Web Desk) Ukrainian President Volodymyr Zelenskiy has called on the United Nations to end Russia’s veto power in the Security Council.
Ukraine’s president has demanded that the United Nations punish Russia for the attack on Ukraine, saying that Russia should be obliged to compensate for the damage caused by the attack.
They say not only should Russia be penalized financially, but as punishment, its veto power in the UN Security Council should also be removed.
President Zelensky said in a speech that crimes were committed against Ukraine and we want immediate punishment for Russia.
It should be noted that the former Russian President Vladimir Putin threatened to mobilize the army and use nuclear weapons in Ukraine.
The Russian president ordered the addition of 300,000 troops to the war.