The San of Namibia. A life on the margins of societyOUS News 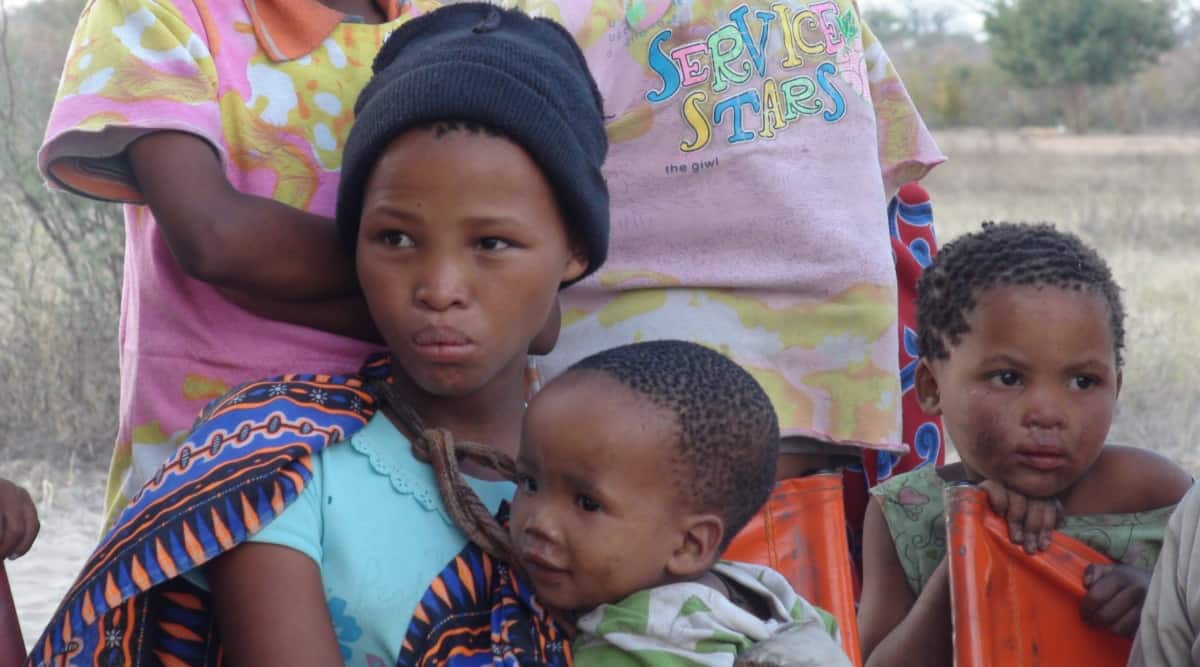 The issues of marginality, inequality and oppression that brother Suraj (Yengde) faces strike a chord with the pitiful all over the world. What comes naturally to me as a Namibian is the plight of the San people in Namibia. There is much to learn from the struggle of Dalits in India and around the world to make sense of San marginality. That the struggle for equality and inclusion led by various Dalit activists and scholars has kept their struggle in the public imagination remains admirable. This continued momentum kept the relevance of continuing the struggle for social justice alive.

Who are the San and what is their position? Historical accounts indicate that the San people are the first indigenous people of southern Africa. As hunter-gatherers, they foraged throughout the southern African region, living modestly and sustainably with nature. The black peoples of southern Africa, who make up the majority of the region’s population, can be divided into speakers of two languages: Khoisan and Bantu. The San people belong to the old linguistic family but speak various dialects.

According to the latest report of the International Task Force for Indigenous Affairs, the San people number between 28,000 and 35,000, or less than 2% of the total national population. The same report indicates that 80% of the San have been dispossessed of their ancestral lands and resources, and they are now among the poorest and most marginalized people in the country. Their dispossession is linked to both historical and contemporary factors. The arrival of the Bantu from central Africa, European colonization and post-colonial nationalization pushed the San to the brink of a marginal and forgotten entity.

Thinking about my country and its inequalities, about the marginality of the San and their fate continues to animate my curiosity. I teach advanced sociology of Namibian society at the University of Namibia, Windhoek. What strikes me is that whenever the topic of San’s marginalization comes up, many uncomfortable truths come to the fore. Their fate is worrying because their situation has worsened compared to other social groups over time.

As a corollary, marginalization and poverty have become common features of San identity for attributes that are synonymous with them, including ‘underclass’ status; high level of political, social and economic exclusion; and limited access to social services, as noted by Dieckmann, Thiem & Hays in their work. The marginalization of the San people turned into dependency due to loss of land and access to resources. Additionally, their popular stereotypes include being incapable, unreliable, childish, and drunk.

Despite some interventions by the Namibian government, studies show that the San people are worse off than they were just before independence in 1990. Government-run projects appear to be very paternalistic and top-down. This explains the limited success of government interventions despite the allocation of resources and official recognition of the San as a ‘development priority’.

After two national land conferences – in 1991 and 2018 – concerns about the alienation of the San people from their ancestral land continue to be overlooked. Many other ethnic groups in Namibia are amplifying their colonial dispossession of land to demand restitution in a way that evokes historical amnesia.

I am not suggesting that other ethnic groups should speak on behalf of the San people. However, willful indifference to the plight of minority groups does not bode well for the ethos of social justice. How do we embrace peaceful coexistence and equality for all when we deny the humanity of others through deliberate exclusion and historical erasure? The struggle of Dalits in India and around the world to organize around issues that concern them is instructive in the fight against oppression and exclusion. In 2019, Chief Frederick Langman of traditional authority #Kao//Aesa reportedly chastised the use of “marginalized” when talking about San communities.

“I’ve swallowed enough of these hot coals and I want to get rid of what’s in my heart because it’s burning me. Stop using that term [marginalized]”, said the chef. (Source: Xoagub, F. 2019 [June 17th])

The writer teaches sociology at the University of Namibia, Windhoek, and is associated with a Windhoek-based think tank, IPPR. Suraj Yengde, author of Caste Matters, runs the fortnightly “Dalitality” column

Doctors advise Ontarians to keep up with vaccines ahead of fall flu season and...