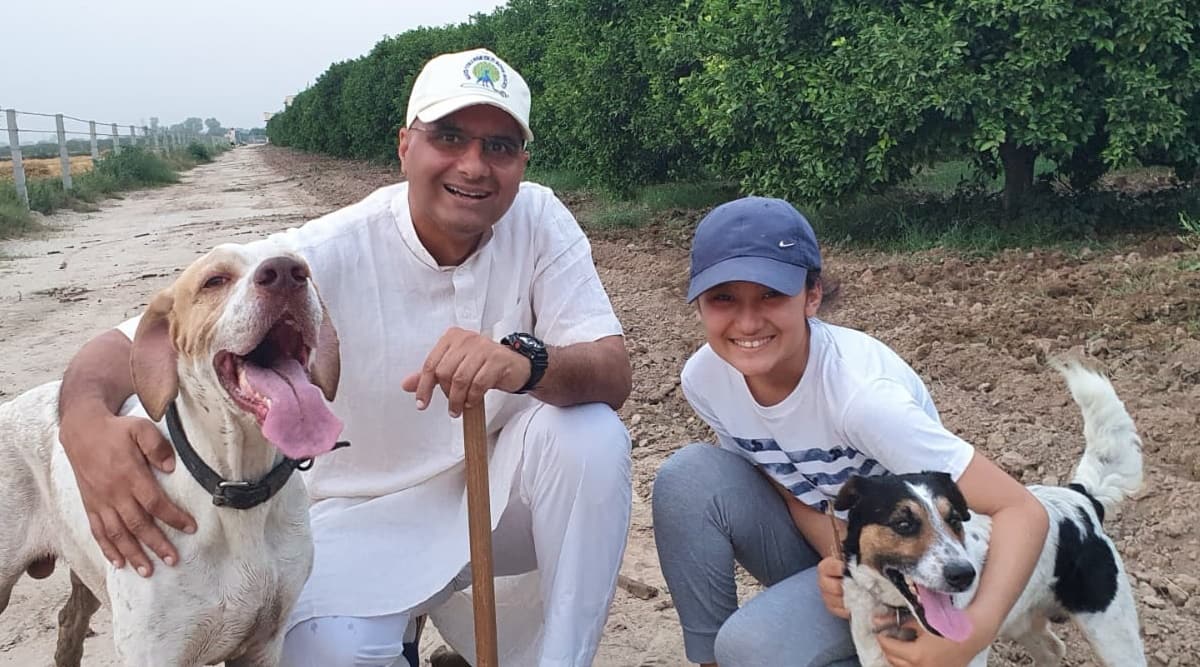 Sandeep Jakhar, 45, says he had no intention of entering politics, despite coming from a long line of politicians. “I am third generation in politics. My grandfather Balram Jakhar ji started as MLA Abohar and later served as Minister of Irrigation in Punjab, Leader of Opposition, MP and Chairman of Lok Sabha twice. He also served as Union Agriculture Minister and Governor of Madhya Pradesh. My paternal uncle Sajjan Jakhar remained MP and Minister in Punjab while my uncle Sunil Jakhar remained three times MP for Abohar, MP for Gurdaspur, Leader of Opposition in Vidhan Sabha and also Chairman of PPCC. My late father Surinder Jakhar was president of IFFCO, he was very passionate about agriculture. We are a big joint family and I absorbed my values ​​growing up in this family,” says Sandeep Jakhar. He went to the United States after his studies in Ajmer and worked there for ten years in Boca Raton, (Florida) managing one of the largest country clubs in the United States. Then he returned to India and started working with Sunil Jakhar and realized that public service was his true calling. He became the first elected president of Ferozepur District Youth Congress and eventually the MP for Abohar in 2022. His wife Atsuko is Japanese and the couple who have one daughter – Meera – are passionate about the environment.

A day in the life: Jakhar says he tries to visit one village and one part of town each day. “I do a lot of follow-up with government officials on ongoing projects. My schedule is therefore busy from 5 am until late at night. because even during my morning walk or jog, I interact with people. Development work started under the previous government and unfortunately slowed down.

Work done: The MP says he built a government college in Abohar, rebuilt the canals, the lifeline of the region as irrigation water and drinking water are supplied through canals; brackish groundwater is not suitable for agriculture or drinking. He modernized Abohar Mandi, made a Kinnow Mandi, modernized schools, built new waterworks in several villages, reorganized the sewage system in Abohar, started garbage collection and door-to-door segregation in Abohar, built stadiums and redone the main roads. of the city after 10 years. “I also started ‘Apna Abohar Apni Abha’, a social movement through which we have been organizing cleanliness campaigns in the city and villages for 2 and a half years,” adds Sandeep.

Work in progress : A veterinary research center and a hospital (3rd in Punjab), renovation of the bus station and the mini secretariat of Abohar, redevelopment of the main park of the city of Abohar and waterways for irrigation in the villages .

Challenges: “The polluted water from the canals of various towns in Punjab is a big challenge as the people of the region depend on the water from the canal. The issue of waterlogging is another challenge in Malwa and the kinnow orchards are being damaged because of global warming, we also need a trauma center in the civil hospital. All of this is a challenge, but I am confident that the job will be done,” Jakhar said.

Controversies: He was at the center of controversy when his uncle Sunil Jakhar joined the BJP in May this year. Sandeep had removed the flag of Congress from the top of his house (it remains in a joint family). After that, CCP Chairman Amarinder Singh Raja Warring repeatedly made statements asking him to join the BJP with his uncle while Sandeep dared Warring to kick him out of the party.