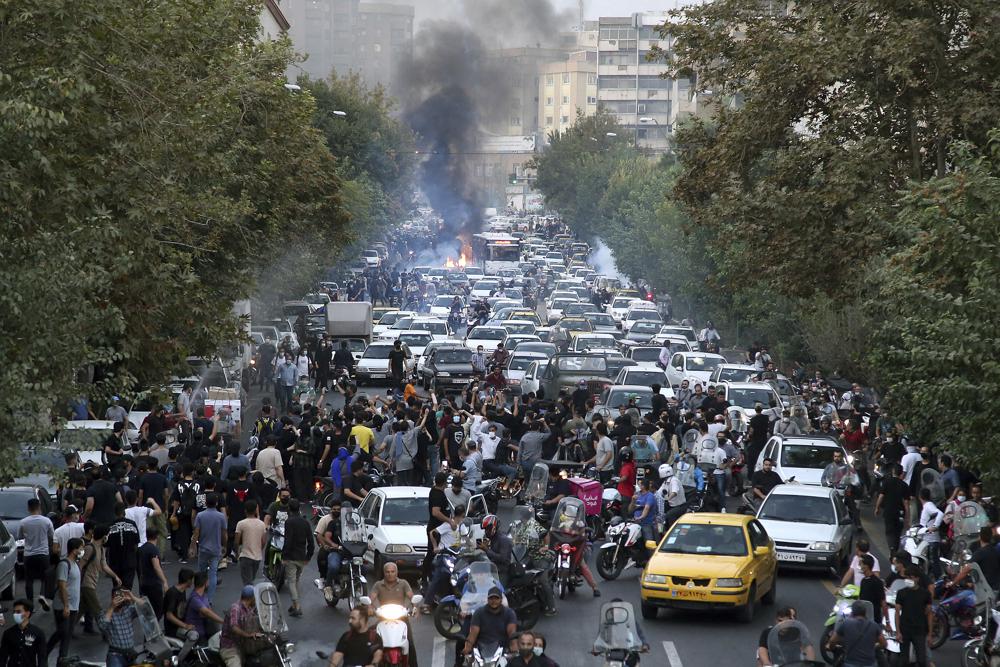 DUBAI: United Arab Emirates Clashes between Iranian security forces and protesters enraged by the killing of a 22-year-old woman in police custody claimed the lives of at least nine people, according to an Associated Press tally on Thursday since the unrest began over the weekend.

The scale of the current unrest in Iran, the worst in several years, is still unknown as protesters in at least a dozen cities continue to clash with security and paramilitary forces as they express their rage at the crackdown society and the growing woes of the country.

On Thursday, the widespread failures of WhatsApp and Instagram, which protesters are using to spread word of the government’s growing crackdown on dissent, persisted. Authorities also appeared to interfere with internet connections, a practice rights advocates say the government frequently engages in during unrest.

The Revolutionary Guards, a paramilitary group, on Thursday urged the judiciary to prosecute “anyone who spreads false news and rumours” on social media about the unrest in a country where radio and TV stations are already subject to state control and journalists are often threatened with arrest.

Iran’s protests began with an outpouring of emotion after the death of Mahsa Amini, a young woman who had been detained by the country’s vice squad for allegedly breaking its strictly enforced dress code. The United States, the European Union and the United Nations have all strongly condemned his death.