Poverty, security and city services: Winnipegers weigh in on what they want to see from the next mayorOUS News 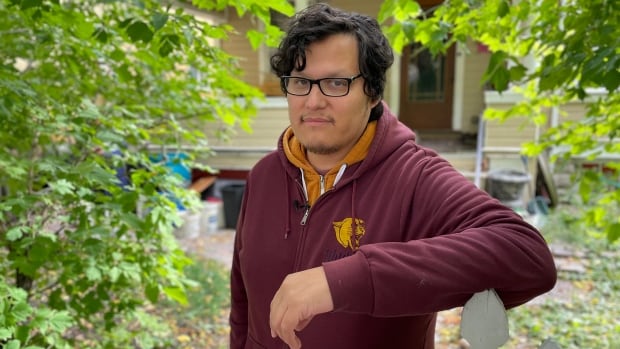 Although he has been eligible to vote in previous civic elections, Mark D. Head will vote for the next mayor of Winnipeg for the first time next month.

He is one of many Winnipeg residents CBC spoke to this week just a month before the October 26 election about what they want to see from Winnipeg’s next mayor.

He flagged issues ranging from poverty to security to 311 service as things he wants the next council to address.

Head, now 34, spent much of his early adulthood working with the North End Community Renewal Corporation and volunteering with Meet Me, a grassroots community engagement group in Bell Tower. It was a combination of those experiences that created a political awakening for him, Head says.

“Poverty, housing and community health – these are three things that the city has been severely lacking for many years,” he said.

Head said he understands what it’s like to live in poverty in Winnipeg—he’s had his whole life. She is disappointed that at her age, she is still unable to avoid it. He has been out of a job since mid-2021, and is still looking for one.

The latest challenge he faces is a water shutdown at the Furby Street house he currently rents. He and his roommate collect water in rain buckets to flush the toilet, and he has a hose connected to his neighbor’s water line that allows him to use his own water as little as possible.

“Because of the pandemic, we had about a year and a half [with] Money is not coming to pay the bill. Now we are paying for it,” he said.

After slowly educating himself and watching past civic polls, Head is all set to join and vote this year.

He wants Winnipeg’s next mayor to “keep his policies and his promises where his actions are.”

The mayor race is wide open this year – after two terms as mayor, Brian Bowman is not running for re-election.

Head identified three candidates for whom he is seriously considering voting: Shone, Lonnie and Clasio.

He said that he met all three – Shon and Clasio while they preached from house to house, and Lonnie at a community event.

“How do I get [Shone] And … he has policies that he wants to provide stability [and] Innovation, but also community. He’s very community-minded,” Head said.

He also noted the promise of Loni’s Community Housing Bhoomi Trust, which would help build more affordable housing for people in the city.

“Maybe he’s the only one who’s really focused on the poverty stuff,” Head said.

look | Winnipegers weigh in on what they want to see from the next mayor:

CBC spoke with several Winnipeg residents this week, just a month before the October 26 election. We wanted to know what they wanted to see from the next mayor of Winnipeg.

He hopes that in the coming four years, the next mayor will help Winnipeg “go beyond its borders” and challenge the provincial government to do things differently.

Head said that after taking the next step in his political journey by voting in the municipal elections, he hopes to one day run for mayor himself.

“I think serving others is something I wanted to do,” he said.

Frustrated by missing out on 17-year-old’s vote

Sammy Carvalho, a 17-year-old university student, is disappointed that she will not be eligible to vote in October. Voters must be 18 years of age on election day.

“It is not only my future at the fore, it is they who are becoming more politically aware and questioning who should have control of our city,” she said.

Carvalho wants the next mayor to make Winnipeg a safe place – not only for working adults, but also for young people and those struggling.

He said that the recent attacks on city buses have left him extremely disappointed.

“It’s very important to me [transportation] To be a safe place. This is how I reach home from school. Transport should not be a place where I question my safety.”

Carvalho, who is studying to become a teacher, thinks investing in Winnipeg’s youth and young adults will make a lasting difference to the city’s security.

“I think it’s so important for kids to have that kind of experience — to know that there are adults and leaders who believe in them and trust and care about them,” she said.

Carvalho said he would have considered voting for Ouellet, which resonates with him because, like him, he has learned French and is now bilingual.

“It was really interesting to see … someone who was like you [as a candidate]And [caring] About the things you care about,” she said.

In four years, Carvalho hopes to see a safer city, including a reduction in homelessness and safe spaces for vulnerable youth.

“I hope to help my community in any way I can,” she said. “I know I can be a positive influence on the people around me.”

Phoebe Podrina, who works in the Seven Oaks school division, said she is finding it difficult to attend elections, and wants politics to be more accessible to young adults.

“You’re so focused on studies and your job and your family that you don’t have time to do press conferences or anything like that,” said Podrina, 20.

She wants Winnipeg’s next mayor to improve the efficiency of 311 and other city services.

,[At] My job, I get a lot of calls from parents and families about complaints, graffiti or property taxes. And I always have to redirect them to the city, even though I know the city is backed up,” she said.

Podrina also wants the city to invest more in events and festivals that bring people together and encourage them to engage with the city.

“Sometimes people don’t necessarily know about these things and so they don’t share them, even though I hear from my friends and people around me, ‘There’s nothing to do in Winnipeg,'” And I’m like, ‘No, there’s a lot to do. It’s just that nobody ever told you,'” she said.

Podrina said she was considering voting for Murray or Gillingham.

HS Chawla, 38, will vote for the mayor of Winnipeg for the first time next month. His top priority is to increase security in Winnipeg.

Chawla lived on Broadway, but moved because he felt the crime rate was rising.

“There is a lack of major public safety, especially in downtown and [the] North End,” Chawla said.

He said he now sees the same kind of crime that took him from Winnipeg’s downtown area to his new neighborhood, and he wants the next mayor to come up with a plan to reduce crime.

Another priority for Chawla is to improve public transport services.

“We have big buses for peak hours, it’s amazing. But after peak hours I have seen buses running empty,” he said.

He said he wants minibuses to be used around the city in slow times, which he believes will create more jobs and save on operating expenses.

Chawla said he was considering voting for Klein, Woodstock or Gillingham.

,[Klein] touches on a lot of subjects that are on my list of priorities,” he said. “He wants to hire more police officers.”

By the end of the next mayor’s first term, Chawla expects to see more police presence around the city – including on public transport.

Chawla also wants to be part of the change to make Winnipeg a safer place.

“My personal objective is to start volunteering with the Winnipeg Police Service,” he said.

CBC Manitoba will host a live Winnipeg mayoral candidate debate on the evening of October 19, a week before the October 26 civic election.