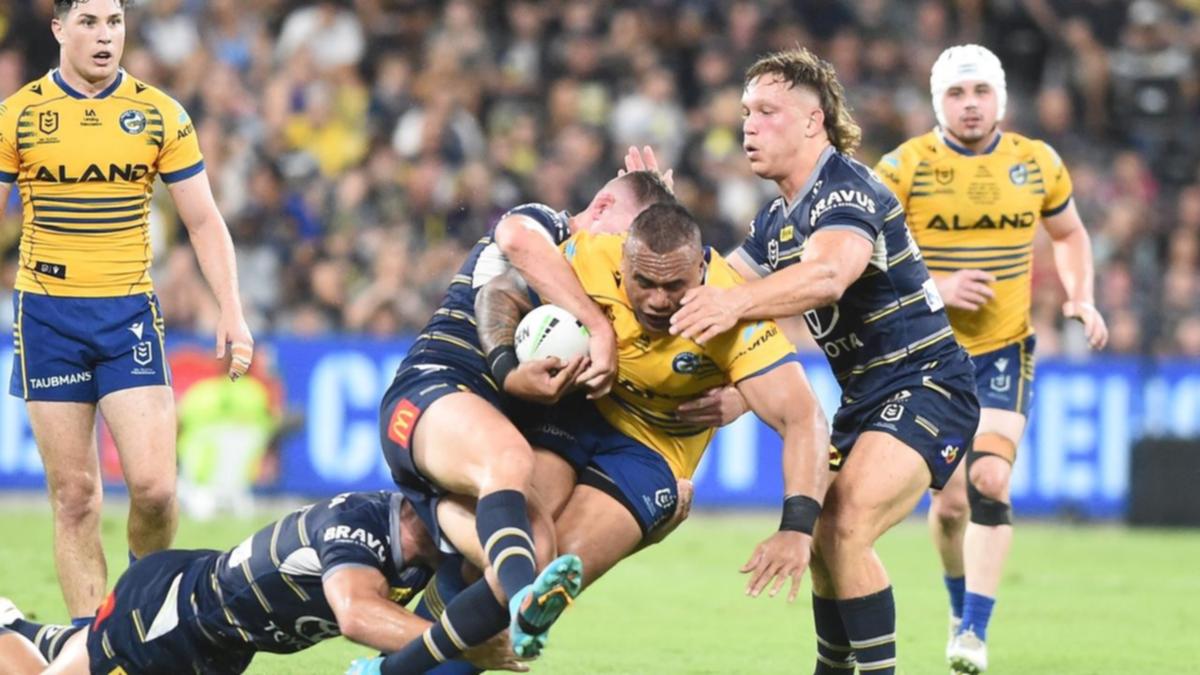 Junior Paulo is free to play in the NRL grand final after avoiding being blamed for the Parramatta prop’s dangerous shot at Peta Hiku.

Paulo was reported late in the Eels’ 24-20 pre-final win over North Queensland, leaving the NSW Origin of Origin star with a nervous anticipation.

But he was not named on Saturday’s list of charges, which means he will not be fined for the fight.

The news will be a huge relief to the grumbling Paulo and the Eels, who rely heavily on front row partner Reagan Campbell-Gillard to secure the middle.

But the news isn’t so good for the Cowboys, with Jason Taumalolo and Tonga’s World Cup hopeful after temptation in their pre-final loss.

The North Queensland co-captain was charged with second-degree contact charges for hitting Isaiah Papali’i and faces a three-game ban.

The 29-year-old will be able to use one of these matches in his warm-up match against France, before Tonga misses their first group game against Papua New Guinea and Wales.

If the Tonga star defies the ban and loses, another match will be added upon suspension.

Taumalolo at least avoided a longer penalty, which the match review committee considered only dangerous contact rather than a shoulder charge.