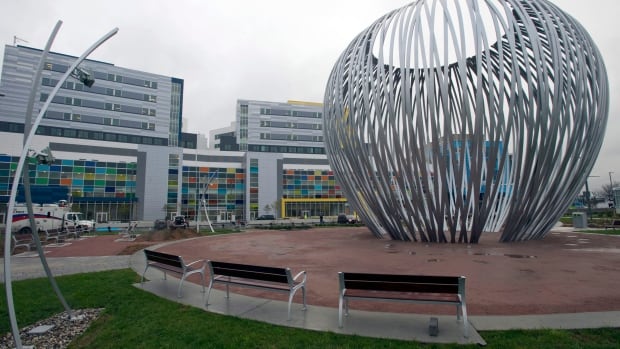 Quebec’s largest hospital chain says it will implement 10 recommendations contained in a comprehensive report on systemic racism, but has not released the 91-page document that allegedly includes disturbing employee testimonials.

Two years after McGill University Medical Center commissioned a report on racism, equality, diversity and inclusion, a summary of the final paper was presented to the hospital network’s board of directors on Friday morning.

He called for greater and better equality, diversity and inclusive learning, recognition of the existence and history of indigenous peoples, and a system for reporting cases of discrimination, racism and “prejudice in all forms”.

The report was prepared by a committee co-chaired by two board members, Dr. Anita Brown Johnson and Sita Ramdass.

Among the themes highlighted in the report’s summary were a lack of racial diversity in leadership and management positions, instances of bias against patients of apparent ethnicity, and “inappropriate and derogatory communication style with these patients.”

His conclusions are based on a survey of employees of the institution, consisting of 16,000 people. It was attended by about 1000 employees.

Two out of five respondents described themselves as members of an ethnic minority, and the majority said they were concerned about systemic racism and bias at the institution.

The report will be made public after it has been translated into French.

“Let us know when it’s safe”

Nakuset, executive director of the Montreal Shelter for Indigenous Women, said she discouraged Indigenous people from seeking treatment at MUHC because of the many incidents of racism against Indigenous peoples she and her colleagues had heard about.

She said the recommendations were “excellent” but called for a timeline for their implementation.

“All of the above will take time, so let us know when it’s safe to go,” she said in an interview on Friday.

Nakuset also said that learning should be accompanied by a kind of study of what people have learned.

“We’ve seen a lot of training sessions where people seem to just listen to the facilitator and then go away and accept it or refuse it,” she said.

Dr. Pierre Gfeller, president and chief executive of MUHC, said the hospital network’s management has been tasked with monitoring the implementation of the recommendations.

“[We] will also do more to ensure that underrepresented groups have equal access to work and promotion opportunities, as well as a safe reporting system to address any issues of discrimination, racism and bias,” Gfeller said.

In an emailed statement, spokeswoman Gilda Salomone said some members agreed to be interviewed “and were able to share their views and life experiences, some of which are disturbing. They have been heard and should be taken seriously.”

According to Montreal Gazette journalist Aaron Derfel, who received a draft of the report, the black employee said the manager called him the N-word and hit him “several times,” who was not punished after the incident was reported to HR.

Another report published in the Gazette mentions the mistreatment of an indigenous woman who was giving birth.

Nakuset said that for the past month she has known an indigenous mother whose child was taken from child services immediately after birth.

“We have bad reviews for this hospital,” she said.

The CBC was unable to independently verify the allegations.

The 10 recommendations are as follows: