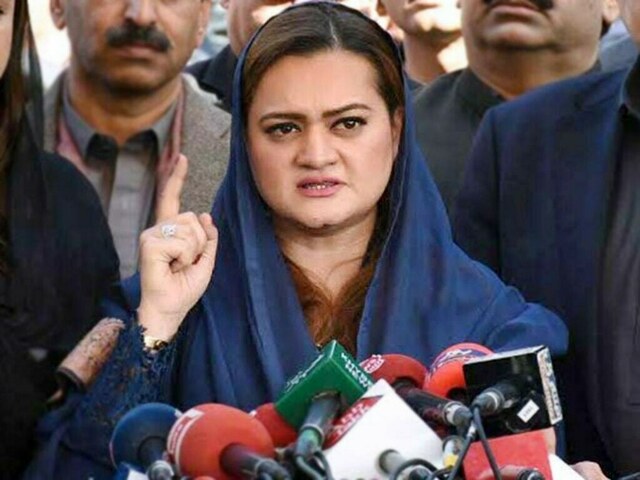 Information and Broadcasting Minister Marriyum Aurangzeb said on Saturday that PTI Chairman Imran Khan will have to “account for the money taken in the name of charity”. Aaj News reported.

Addressing a press conference in Islamabad, the information minister said Imran Khan had submitted false affidavits to the Election Commission of Pakistan (ECP) in the banned funding case.

She said that the president of the PTI had abused his powers. The minister added that Imran Khan was “unsuccessfully” trying to come clean after he was caught stealing.

The federal minister said that according to Pakistani laws, no political party can receive funding from foreign companies.

“PTI secretariat employees have continued to receive money in their accounts,” she said, adding “they will have to account for money taken in the name of charity.”

She further said that Imran Khan tried to shut down the China-Pakistan Economic Corridor (CPEC), used the banned funding for conspiracy purposes and tried to incite people in the name of civil disobedience.

Earlier, the information minister said that the coalition government had decided to send a statement against the PTI to the Supreme Court in light of the ruling by the ECP, which ruled that the party had indeed received prohibited funding and kept 13 bank accounts hidden.

“The Ministry of Justice will complete the work in this regard within three days,” the minister said, pointing out that the ECP’s decision clearly proved that the PTI is a foreign-funded party.

Marriyum said action against the PTI will be taken under the Political Parties Ordinance (PPO) 2002 and the Elections Act 2017.

According to the verdict, PTI “knowingly and willfully” received funding from Wootton Cricket Limited, operated by business tycoon Arif Naqvi.

“In this regard, it is further added that the PTI failed to mention and disclose three accounts which were also managed by the senior leadership of the party,” the verdict reads.

Gold falters as investors focus on US inflation data –...

Umar Khalid Khorasani, the mastermind of the APS attack, was killed along with his...

Collapsed bridge | Part of the bridge collapsed, the accident was avoided; ...

Murder charges after bodies were found in bloody scenes at a Brisbane homeOUS...

On the day of Ashura, a large number of Lahoreites arrived in the city...