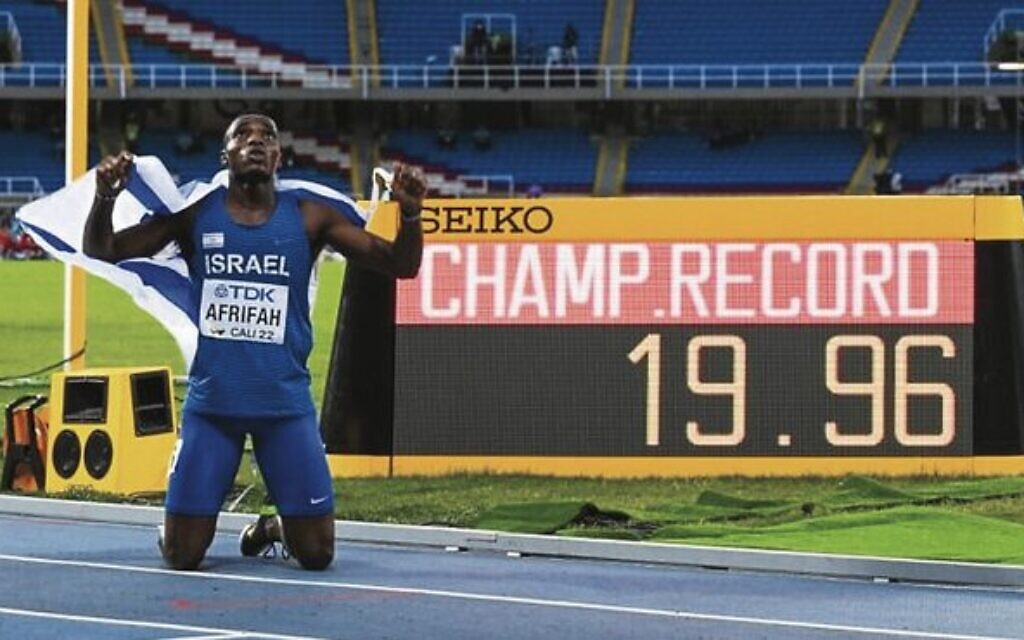 Israeli sprinter Blessing Afrifa won a surprise gold medal in the men’s 200m race at the World Athletics Under-20 Championships in Colombia on Thursday, setting a new championships record.

Afrifa, 18, defeated Botswana’s Letsil Tebogo – the favorite to win – by six thousandths of a second, finishing the race in 19.96 seconds and winning the second gold medal for Israel at the championships.

The win is a new championship record and only the fourth time in history that a runner under the age of 20 has completed the 200 meters in less than 20 seconds. It was also the first race in which two under-20 athletes both finished within 20 seconds.

“I have no words. I am very excited,” Afrifa told the Cannes public broadcaster, adding that she did not expect the results. “It was my dream, and I’m so glad it came true.”

Afrifa was born in Tel Aviv in 2003 to Ghanaian immigrants. His interest in the sport began with football when he trained with the Maccabi Tel Aviv youth team from an early age.

However, unable to pay the fees, Afrifa gave up on her aspirations in the sport.

He returned to Maccabi a few years later and joined the athletics department. Since then, he has proven himself to be one of Israel’s most talented sprinters.

As of 2019, he finished second in the Israel Championship for adults in the 200 m class, but could not be officially crowned, as he was not a citizen at the time, despite having lived in Israel for the rest of his life.

As such, he was unable to represent the Jewish state on the world stage until 2020, when he was finally granted citizenship after an extended legal struggle.

Israel’s Jonathan Kapitolnik was the first man to win gold at the Under-20 Championships, when he won the high jump event last year.