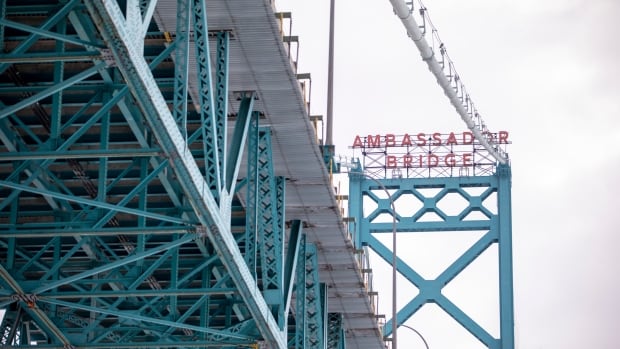 Windsor business owners and residents are reacting positively to news that the federal government is waiving some limit measures related to COVID-19.

A senior government source told CBC News that the federal government decided to eliminate the vaccination requirement for people entering Canada, eliminate random COVID-19 testing at airports, and make the use of the ArriveCAN app optional. Is.

“Going into the Detroit Tigers games, Lions games are things we love to do often,” said resident Crystal Banfil. “It would be good for everyone to end that last phase.”

A senior government source told CBC News that vaccination is no longer mandatory to enter Canada, that random COVID-19 testing at airports will end and the ArriveCAN app will become optional. Government sources previously told CBC News that Ottawa was leaning toward ending the measures but that a final decision had not been made because it needed Prime Minister Justin Trudeau’s approval.

Businessmen are also happy with this announcement.

“There were tourists in the store in the first few weeks after opening. I think there were fewer people this year than last year and now that it’s been cancelled, I think that would be a huge improvement.”

Even though business owners are happy that the federal government is abandoning limit measures, they haven’t hidden their displeasure at the situation.

“While it’s great to see it pick up, it’s a bit sad that it took so long,” said Windsorites owner Adriano Citoli. “Habits are created with American customers and trying to lure them back can be harder and probably more expensive.”

WindsorEights owner Adriano Ciotoli is happy that some boundary measures are being removed by Ottawa, but regrets the fact that it took so long.

Jason Warzecha, president and general manager of Ambassador Duty Free Detroit/Windsor, says he is seeking additional support from Ottawa to help offset their losses during periods of low revenue due to border measures.

“We’re still going to ask for help and see,” he said. “But overcoming this barrier of sanctions is a big step.”

look | The owner of Duty-Free would like to see additional help from Ottawa:

Jason Warzecha, president and general manager of Ambassador Duty Free Detroit/Windsor, is pleased that Ottawa is dropping some border measures, but he wants to see more to help businesses in border communities.

This week, a group of lawmakers and border-city mayors called on the Canadian and US governments to lift COVID-19 restrictions on the border.

On Tuesday, he published an open letter to Prime Minister Justin Trudeau and US President Joe Biden asking him to remove “unnecessary” rules at the border, which he says will allow border communities to recover from the pandemic.

“When COVID-19 was at its peak and border measures were in effect to slow the transmission rate, we did our part to keep Canadians and Americans safe,” the letter said. “Now, we are left behind in the recovery effort as both countries largely return to normal daily life.”

A Michigan resident was delighted by the news. Jagjit Bhola of Canton, Michigan, says he doesn’t want to fill up the Arrivcan app every time he crosses the border.

Bhola said, “It’s a little troublesome.” “It would be better if we had nothing to do.”

The current COVID-19 emergency order—the council for limit measures—was due to expire on September 30 and the federal government is expected to make the announcement official on Monday.

A decision has not yet been taken on whether to remove the masking requirements for passengers on planes and trains.