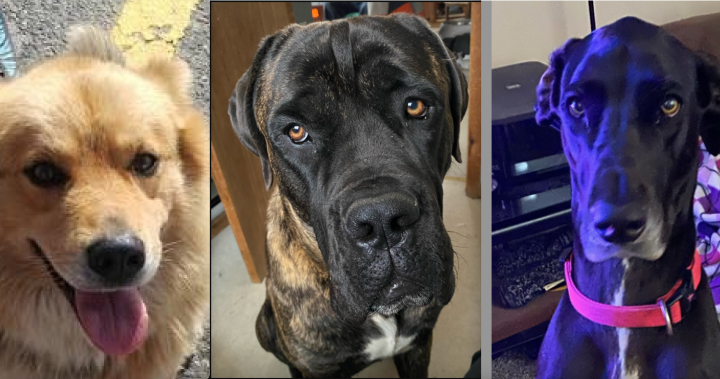 Members of the Bracebridge Ontario Provincial Police are asking for the public’s help in locating three dogs taken from a home at Moose Deer Point First Nation.

Police say the three dogs were removed from a residence in the community north of Barrie without permission and moved to another on September 16.

It is not known whether the dogs have been separated or kept together.

The first dog is described as a three-year-old female Great Dane, black with white toes and a white patch on her chest.

The other is a one-year-old male Bull Mastiff, which has a white patch on its chest.

Photos of the dogs are attached above.