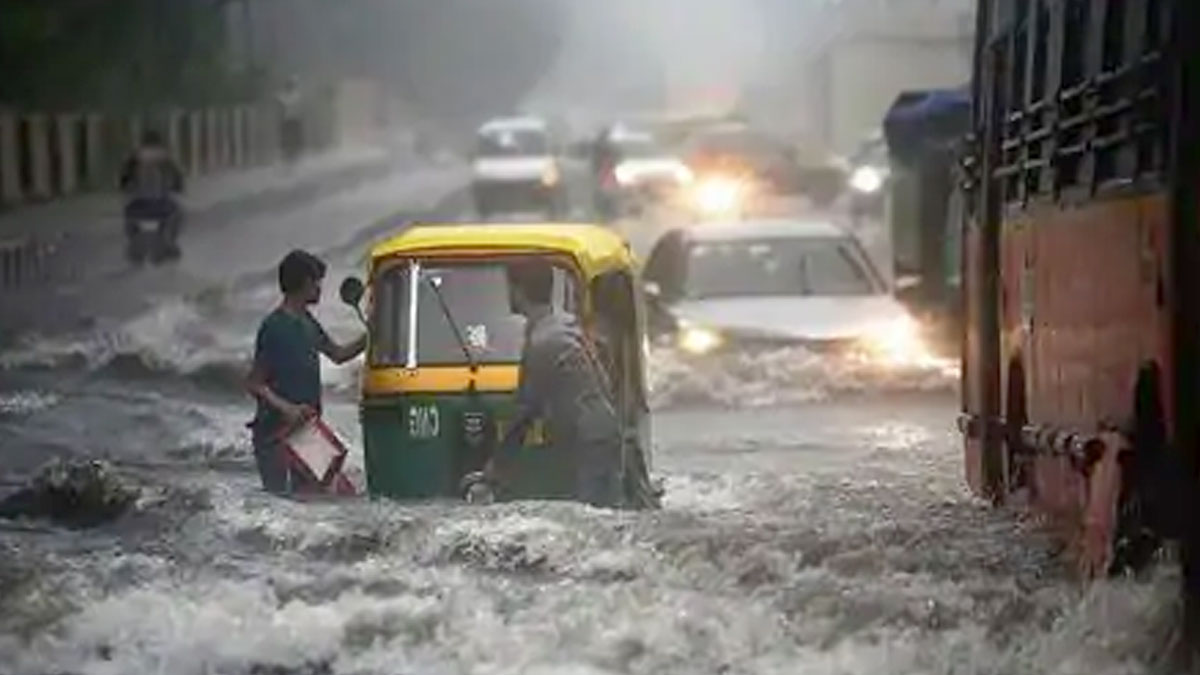 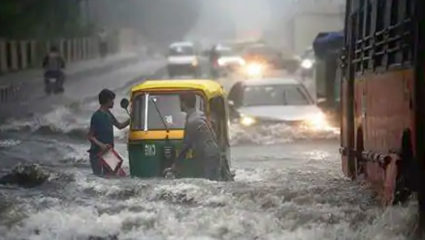 New Delhi. Heavy rains hit the national capital for the second day in a row on Friday, flooding roads and disrupting traffic. The Meteorology Department has also issued a ‘yellow’ alert for Saturday. According to the Meteorological Department, light showers are possible in most areas of Delhi and there is a possibility of heavy rain in some places. Due to heavy rains, falling trees disrupted traffic in some places and people had difficulty moving. The Delhi Traffic Police issued an alert asking travelers to plan their journey with the rains in mind.

According to officials, traffic calls were received from areas such as Sonia Vihar, Pushta Road, Bijwasan Flyover, Uttam Nagar Signal, near Vasant Kunj Church and Vasant Kunj Fortis Hospital, from Rajdhani Park to Nangloi, Pitampura, Model Town Extension, etc. Some travelers shared the status of the traffic problem on social media. A passenger said that there is a lot of traffic jam in Nangloi. Another asked the police to control the heavy traffic from Batla House to Okhla.

The police also received complaints of traffic jams from Mahipalpur and Preet Vihar. The amount of rain Delhi received in the last 24 hours up to 8:30 am on Friday was more than half of the average rainfall in the month of September. The Safdarjung observatory had recorded 58.5mm of rain from September 1 to September 22 (Thursday morning), compared to the normal 108.5mm.

The Safdarjung Observatory is the main weather station in Delhi. 72mm of rain was recorded in the last 24 hours until 8.30am on Friday. From September 1 to 23, Delhi received 130.5 mm of rain. Normally Delhi receives 125.5 mm of rain in September. (agency)