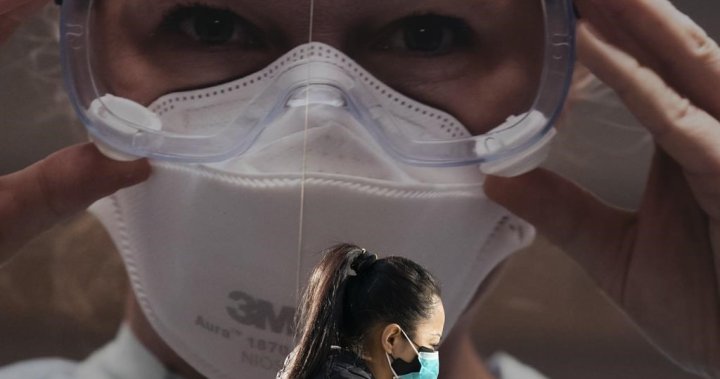 The number of COVID-19 cases in B.C. hospitals fell to its lowest since June on Thursday, as independent experts say the latest Omicron-driven wave has peaked.

As of August 18, there were 366 cases in the hospital, down 32 from the previous week. Twenty-two cases are in critical care, unchanged since last Thursday.

BC reports all positive cases to its hospitals, regardless of why the person was admitted.

The update follows a Wednesday report from the independent BC COVID-19 Modeling Group, which said the Omicron BA.5 variant wave was peaking.

The report states that although there are a few more passable sub-lineages in the variant, none appeared strong enough to trigger another wave in the near future.

BCs to stay on course as US CDC eases COVID guidelines: Health minister

Molecular testing for COVID-19 has been severely restricted in the province since the end of December 2021, and just 15,332 tests were conducted in the week ending August 13, with 877 new cases confirmed.

Despite the apparent improvement, the number of people hospitalized with COVID actually increased to 181 in the week ending August 13.

However, those figures are preliminary, and the weekly admissions data has been continuously revised upwards.

For reference, the BCCDC originally reported 173 COVID-19 hospitalizations between July 31 and August 6. That number has now been revised down to 226, an increase of 30.6 percent.

How many people are actually dying from COVID?

Thursday’s BCCDC report also documented 24 new deaths, a figure that is even less reliable than hospitalizations.

Like admissions, deaths are generally revised upwards the following week. However, because BC counts the deaths of all people who have had COVID in the past 30 days, the province says that metric substantially underestimates deaths.

COVID-19: Cases drop to one-month low in BC hospitals

Subsequent analysis by the BCCDC estimated that COVID-19 was the root cause of only 43 per cent of deaths between April 9 and June 16.

2:22
US CDC drops COVID-19 recommendations, BC yet to follow suit

US CDC drops COVID-19 recommendations, BC yet to follow suit

In contrast, the BC COVID-19 Modeling Group has suggested that based on the higher mortality rate in BC since the start of the pandemic, COVID deaths may be higher than actually reported – an additional expected on a pre-pandemic basis number of deaths. years.

The report found that just half of the additional fatalities were reported in official B.C. figures, which include COVID-19 deaths, heat domes and a toxic drug crisis.

The report argued that COVID-19 could pose an increased health risk for longer than the 30-day period used by the B.C. CDC in its fatality metric, suggesting that the province ” The probability of death due to