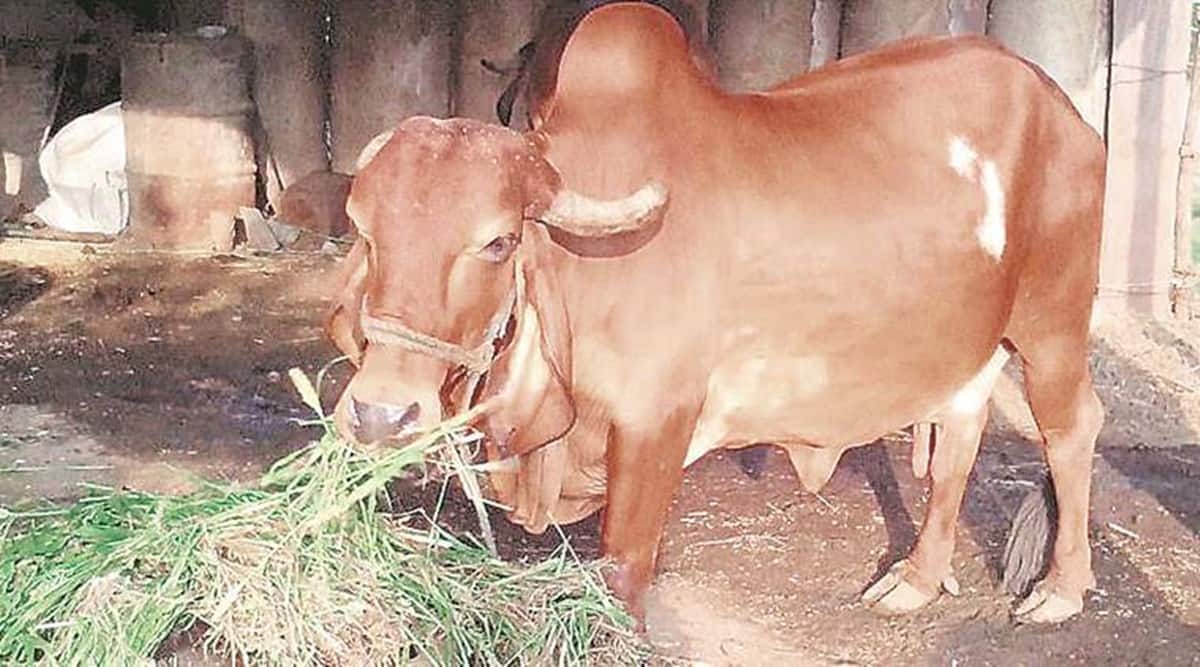 A report submitted by the Block Development Officer (BDO) to Amroha did not rule out the possibility that the main defendant – who provided fodder to a cowshed in the village of Santhalpur – allegedly deliberately sprinkled a large amount of insecticide on the fodder intended for the cattle which would have killed at least 60 of them and caused dozens to fall ill on Thursday.

The BDO (Gangeshwari Block), Renu Kumari, submitted his report to Amroha District Magistrate, Bal Krishan Tripathi. An FIR has been registered at Adampur Police Station against the main accused, identified only as Tahir, and two others. They were classified under IPC sections 295 A (deliberate acts, intended to outrage the feelings of any class by insulting their religion or religious feeling), 153 A (promoting enmity between different groups for reasons of religion, etc.) 429 (mischief in killing or mutilating livestock, etc.), 120 A (criminal conspiracy) and 24 (acts done by several persons in the interest of a common cause) in addition to the relevant articles of the UP Cow Slaughter Act and the Prevention of Cruelty to Animals Act.

Meanwhile, a three-member team from the Indian Veterinary Research Institute (IVRI), Bareilly, tested the forage sample and found “nitrate overuse” in the insecticide. “Farmers normally don’t sprinkle such a high amount of nitrate on the crops to prevent them from being destroyed by insects, but we found an overdose of it in the forage,” said KP Singh, co-director of the ‘IVRI, who led the team of experts. .

Minister of State for Secondary Education, Gulabo Devi, who inspected the cowshed on Friday, said those arrested in connection with it will be jailed under the National Security Act (NSA). “We should teach these elements a life lesson so that no one dares to engage in such reprehensible acts,” she said.

My late best friend’s daughter prevented me from doing my memorial at her funeral....

Obituary: Olivia Newton-John, who rose to worldwide fame as Sandy in the film version...

The Meteorology Department has issued a warning about the possibility of a fourth monsoon...

How much salary did Mukesh Ambani earn in two years?OUS News