4 months after the body of a young girl was found in Grand River, the police still do not know who she is.OUS News 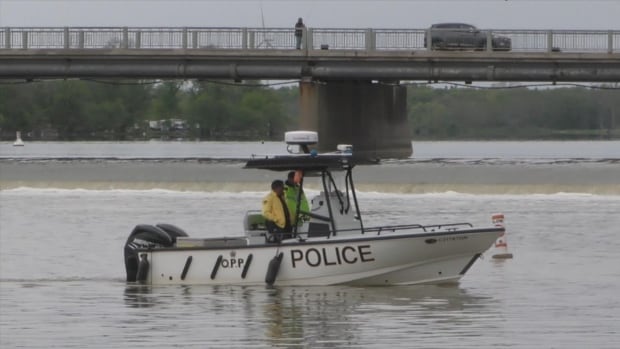 Four months after the body of a girl aged 10 months to two years was found in the Grand River near Dunnville, Ontario, police still don’t know who she is or how she died.

Emergency services responded to the call around 13:22 on May 17 after the remains were found in the river.

OPP Det.-Insp. Sean Glassford said in May that it was unclear how long the girl had been in the water and whether the body might have been moved by the current from elsewhere.

On Wednesday, four months later, he told CBC News that “these things take time,” adding that doctors in the chief pathologist’s office are doing the “painstaking work” involved in the child’s autopsy.

“We all want quick answers,” Glassford said. “It is important for the community to know that we are still investigating this case. We want to identify this child.”

The child’s family has also not been established.

None of the advice has yet led to identification.

Emily Holland, a forensic anthropologist in the Department of Anthropology at Brandon University in Manitoba, agreed that quick answers are not always possible in such cases.

She says “an autopsy can take varying amounts of time depending on the complexity of the case,” and the discovery of the body in the water makes it difficult to find answers.

Back in May, Vasily Luchkiv, whose family owns the Grand River marina and cafe in Dunnville, said police used the property as a base for their investigation and used one of the marina’s boats to carry out the search.

The discovery of the body was “surprising, shocking and sad to learn that someone has lost a loved one,” Luchkov told CBC Hamilton, adding that he hopes the family can eventually find closure.

Holland says there are other complexities in the identification process. She says there is a problem that will make it difficult to determine the ethnicity of a young girl.

“If a person has been dead for a long time, if this outer layer of skin has been lost in the process of decomposition, you can’t rely on that to determine someone’s ancestry,” she said. “In adults, you can look at certain features of the skull, but the same assessment is not always possible in children, especially young children.”

In a statement from the coroner’s office, spokeswoman Stephanie Rea said: “Death investigations, especially complex ones, can take many months.”

“The coroner must be able to answer five questions to complete the investigation: the identity of the deceased, the date of death, the place of death, the medical cause of death, and the manner of death,” she said.

The investigation is ongoing and Glassford said he was determined to identify the girl.

“We’re not going to stop until we get answers,” Glassford said.